Introducing Pelagic Boats … the no-compromise fishing machine, but built with all the luxuries 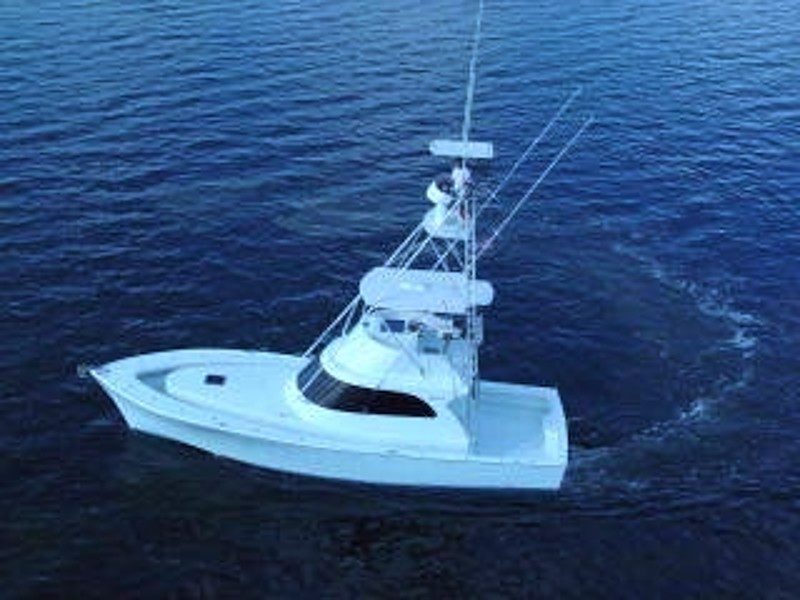 We were thrilled to be featured on FishingWorld.com!

Have a look at our first mention on their website back in 2004!

(Aug. 24, 2004 – PLANTATION KEY, FL.) Veteran Keys Captain and fishing guide, Randy Towe decided there was no boat on the market that met his needs and expectations for offshore angling. All boats traditionally had a stern fishing cockpit, but no walk around ability that was convenient and safe for the angler utilizing a stand-up rod outfit or a fly rod. So he built one!

The standard offshore boats cost well over a million dollars for a 42-foot sport fisherman and all have similar problems for the angler. “These boats are all a compromise,” said Towe, “some fishing, some cruising, and some live-aboard; that’s what has been out there until now.” Towe’s Design patented boat prototype was built in the Keys and is all about what the Keys is known for besides lime pie; fishing! Towe narrowed down the concept of the perfect boat into a no-compromise fishing machine, but with all the luxuries built in as well.

Towe has accomplished his dreamboat and it is available to all serious anglers as well. Of course for a 43-footer he did have and need the able assistance of two highly qualified craftsmen. After two years of very hard work, they helped put this craft in the water, but it was Towe’s vision, determination and fortitude that made it happen, and of course some creative financing didn’t hurt either.

Well, happen it has! This is a boat that should appeal to the light tackle or big tackle angler, and with the full 360 degree walk-around (the only true over 40 foot walk-around sport fisherman with no steps up or down) for well under a million bucks, and a large fish can be fought from any location on the boat or chased without backing down on it. In most situations, the boat can be put into neutral and the angler fights the fish, not the boat. This is a boat you can fish locally or long distance with all the comforts you’d expect from a high quality sport fisherman.

Read the Full Article about Pelagic Walkaround Yachts on FishingWorld.com